At this stage of the election, everyone should be praying to God Almighty to WAKE UP AMERICA! God is exposing the corruption of our government,. He is stirring up the hearts of people to do this with.. God will use anyone as He sees fit, for His will to be done! God's ways are not our ways, His thoughts are higher than our thoughts.. God has a plan!

If God wants to, He will even use your children to expose the evil wickedness of our country. He's done it before. All they have to do, is watch this video and connect the dots. Children are great at this, because they are resilient little people and very smart.. You Hillary supporters are so worry about what Trump said in the past, and you allow someone like Hillary Clinton to be above the law, not being accountable for her criminal actions, like murder, treason, a traitor to our county?

What is it going to take for you all to realize that our nation is in trouble? I am happy that this video came out.. People need to know while Bill Clinton was president, all the sex scandal that was really going on in the White House. The world was watching.. With all the distractions that was going on.. The "ENEMY" was planning their attacks on our nation. How did these people get away with it? and why did 3,000 people died, right after George Bush became president? Who was really responsible for the death of all these people on September 11, 2001? Can you connect the dots, or do you want your child to explain it to you? You think real hard people before you vote for Hillary.. It's not rocket science to figure this one out, that your child can, because they are smart, and they can see the corruption, as if they are not seeing it now. 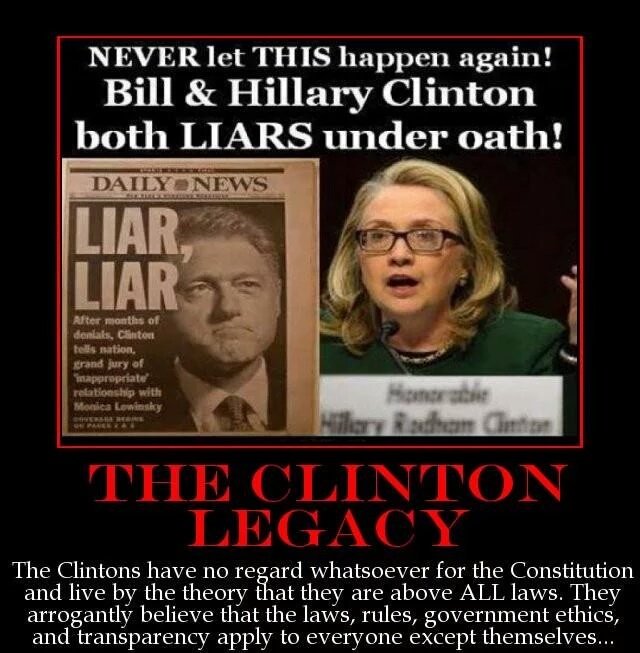 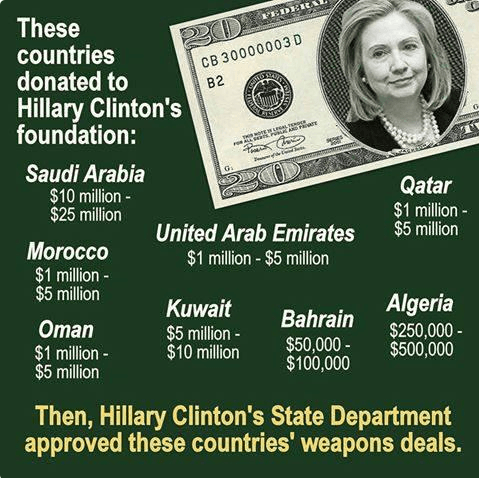 This is incredibly funny! WOW! Ummm, did Hilary decided not to run for presidency then, people? From my memory, she was holding out, she had a strategy plan, and that was to make the Obama's her very best friends in 2016, huh? HYPOCRITES!

What if the registered voters, will not vote, because they don't like Trump and Clinton, not so wise.. Tell me people, if you don't vote, have you thought that your name will be taken, as if you did vote? How would that make you feel, when HELL BREAKS LOOSE!

If Trump wins, it was because it was fair.  Remember Democratic Al Gore, who made America wait for days, to keep counting the ballots over and over again! He could not accept that George Bush was voted in for President.

I believe that Trump is right, when he says that Clintons and the Obamas will rig the election. Both Hillary and Barack made fun of Trump, because he spoke how corrupt our government really is, and they will cheat and lie to get your votes, oh, and steal.. Has this happened before? Of course it has! So, why would you want to have corrupt government?

Since when do you all really believe that Trump will be that corrupt government himself? He has nothing to lose.. But the Clintons and the Obamas has everything to lose.﻿
If a woman was to be the President of the United States, what would be the ideal woman to take on that leadership and to have the courage to stand up against the corruption of our government? Wouldn't it be someone like Queen Esther?

The answer to that is yes. She should be every woman's inspiration.

One of Hillary's greatest inspiration is Margaret Sanger, watch it in this video, Hillary's own words coming out of her mouth. Get to find out Who Margaret Sanger was >> https://www.youtube.com/watch?v=ES7DnxmyO2c

A woman who runs for President, should be a woman of intregrity, and who has the best interest of the people. Like, what
Queen Esther has done, she risked her life to save the lives of her people. She exposed the Prime Minister for his evil wickedness, when he tricked the King into believing that the Jews were treasonous people. Saying they all must be killed, men, women, children and babies.

In those days, people were put to death for treason. So the ordered has been set a date, to slaughter all the Jewish people..
Queen Esther saved her people, and that is how one of the many ways God blessed the nation of Israel.

Now everyone, with all the evidence against Hillary, she has committed treason and is a traitor and very dangerous to our country.

Check out this video to hear the reasons why some of these people are voting for Hillary.  If that is there reason, America is in trouble!
To see more information that I had done my research, and I pray that you do too.  Please visit Hillary's America to watch the free movie, and click the button below to visit my google+ page..  May God be with you all during the most crucial time in America.
Journey of the Heart
HILLARY'S AMERICA
I am done with all the pages.  Have more work to be done, to reach as many people as I can before the election.  If you click the button above to my other site, there are so much more information.  So, please check that out also.
​Thank you for visiting.
​God bless you all!
There are more work to be done. Still under construction. Hope to see you around. Thank you for visiting Nilda4Jesus ツ God bless you.